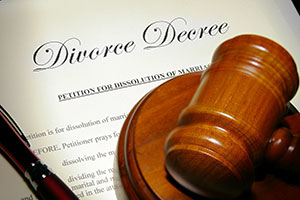 This type of divorce in Thailand entails significant financial expenses from the parties involved as it includes the court in settling their differences which also means, they have to pay for the court and other legal fees in order to obtain a divorce decree.

Who can file for a contested divorce in Thailand?

However, a couple whose marriage was not registered in Thailand may opt to ask a Thai court to take into its jurisdiction their case for a divorce if:

The grounds for divorce must be present in order to proceed with the idea of having a contested divorce in Thailand and these will lead to the provisions set by the Civil and Commercial Code.

Which party can file a contested divorce?

It is the spouse which has been caused with undue injury who can file for a divorce.

Who can file the case?

Is it an option for the plaintiff not to appear in court hearings?

Unfortunately, he/she has to appear in court at least once and give the court his/her testimony against the other party.

In case that the erring party fails to appear before the court, he/she will be declared by default.

What is a default?

Default means the court will only consider the merits of the case on the testimony and evidence presented before it by the active party. Further, it also means that the erring party loses his/her right to present his/her evidence against the active party.

The plaintiff’s lawyer will give a due study on the strength and validity of the grounds for a contested divorce. Also, he will provide the plaintiff with his assessment of these grounds and how these can affect or determine the course of the case.

Duration of the Case

It depends upon the circumstances but on average, the court can finish hearing the case around six (6) months.

What will happen to the marital properties as well as the welfare of the children?

The court allows the couple to reach an amicable settlement with regards to properties and child custody. If ever the involved parties indeed reach an agreement, the court will include such on its decision.

However, if they failed to settle for an agreement, it will be the court that will determine the fate of the properties and of the child by basing on the applicable Thai laws.

What should be done after the court has reached a decision?

If one or both parties are foreigners, he/she/they need to have the decision translated into English and have it legalized with the Ministry of Foreign Affairs. He/she/they must also inquire with their respective embassies in the Kingdom if the divorce should be filed with the said office.

On the other hand, the Thai national spouse should file the divorce with the Amphur office nearest to his/her place of residence and have it recorded there. Additionally, if a Thai woman happens to be the other party, she should report the divorce and take her maiden name again.

What if the case is already filed at court but after filing, both parties changed their minds and want to settle their disagreements outside of court?

Foreigners who want to divorce in Thailand must seek the advice of a Thai lawyer or attorney so that they may be guided if and how they can proceed with the divorce process. Your Thai divorce attorney must be able to advise you whether your home country will recognize a divorce filed in Thailand. For further clarification, please contact us by clicking the button below. We will respond to your inquiry at the soonest available opportunity.