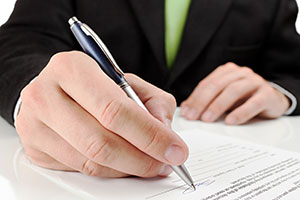 Preparing a Prenuptial Agreement is as important as preparing for a Last Will and Testament. The prenup has the same level of practicality on being prepared of what may happen ahead but like the last will not everyone are keen about executing a contract before the wedding that would eventually spell the distribution of the properties in the event of a divorce.

What are the requirements?

What is the importance of Prenuptial Agreement for couples?

Going through the courts can also cause grave damage to what is left to the relationship as one party is out to disprove the claim of another party.

The Prenuptial Agreement can help the couple avoid all these stressful and costly situations.

Other Facts About the Thai Prenuptial Agreement

The requirements set for a valid Prenuptial Agreement must be met in order prevent it from becoming void under the prescription of the law like for instance: the contract was in writing, signed with two witnesses but it was not registered with the marriage at the marriage registrar, the contract would be treated as void.

The requirements to have a binding and executable Prenuptial Agreement is prescribed by the Civil and Commercial Code of Thailand and so it may sound very easy to make a draft of it after reading the provisions of the law but it is highly advisable for the marrying couple to enlist the expertise of a lawyer, that is, each of them. Apart from making sure that the prenup adheres to the law and that its provisions do not violate any rights of the people involved, their lawyers can also check how the applicable laws of the foreigner’s country can affect the said agreement.

It is important that you seek counsel from a registered Thai lawyer, attorney or solicitor familiar with the laws in your home country and in Thailand before preparing a prenuptial agreement with your Thai fiancée. For further clarification, please contact us by clicking the button below. We will respond to your inquiry at the soonest available opportunity.