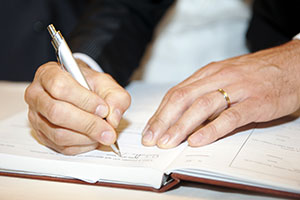 Thailand has become a popular venue for marriage. Expatriates have identified its romance-themed locations as perfect for their wedding aspirations. Yet, some may be doubtful whether their marriage to be conducted in the Kingdom be recognized in their home country or in other sovereign states as well.

The answer is marriages in Thailand are generally recognized worldwide by most countries as long as these are fully registered in the Kingdom.

Those who are looking forward to tie the knot in the Kingdom must make sure that they are eligible to have their marriage in the country otherwise registration will not be possible and their marriage will not be recognized as well.

However, a marriage may occur if:

Expatriates need to provide additional documents and these are:

Marrying couples should understand that the system employed in Thailand starting from the required documents, eligibility and up to the registration may be different from their home countries. It is also possible that different terms on the same document or process may be used.

If you need legal assistance on registering your marriage here in Thailand, please contact us by clicking the button below. We will respond to your inquiry at the soonest available opportunity.